Home > Blog > Preterm Birth in Bangladesh: USAID’s MaMoni Maternal and Newborn Care Strengthening Project Efforts to Combat One of the Major Killers of Children under Five

By the time you finish reading this blog, at least one newborn child will die in Bangladesh due to prematurity. The United Nations (UN)[1] reported an estimated 2.4 million deaths in 2019, within the first four weeks after birth, or the neonatal period. Globally, 6,700 newborns die every day; in Bangladesh, there are 250 deaths. Half of premature babies die within 24 hours after they are born¹. Additionally, 25% of newborn deaths occur within the first week¹. This global estimate is disproportionately distributed among developed and developing countries. The majority of newborn deaths occur in developing countries due to low access to quality health care. Among ten countries with the highest rate of preterm births, Bangladesh is fourth on the list. This warrants a concerted effort by all stakeholders to adopt an integrated approach to reduce under-five mortality.

Newborn mortality rate varies by wealth quintile, mother’s educational status, and geographic location. A poor family or a family with an uneducated mother is at a higher risk of newborn mortality compared to a rich family and/or a family with an educated mother[4]. The lack of quality care during birth, and post-birth management are two significant factors responsible for neonatal deaths². Skilled birth attendants, either in the facility or at home, and quality care are essential to avert these deaths. The World Health Organization has identified some proven interventions to follow during pregnancy and the immediate neonatal period that resulted in improved newborn survival outcomes. Bangladesh is implementing suggested evidence-based interventions as it aspires to reduce neonatal mortality to 12 deaths per 1,000 live births, and under-five mortality to 25 deaths, to achieve SDG target #3.2.

Bangladesh is currently implementing its fourth health sector program (2017-2022). Maternal and child health is one of its priority areas, with an emphasis on 24/7 availability of quality care at public health facilities. Save the Children has been supporting the Ministry of Health and Family Welfare (MOHFW) in Bangladesh to scale-up evidence-based practices to improve the quality of maternal and newborn care services. Over the years, Save the Children implemented quality care for maternal, newborn, and child health interventions in several districts of Bangladesh through the MaMoni Maternal and Newborn Care Strengthening Project (MaMoni MNCSP; 2018-2023) and its predecessor projects with funding from the United States Agency for International Development (USAID). USAID’s MaMoni contributes to the Government of Bangladesh’s vision of “A Bangladesh where there are no preventable deaths of newborns or stillbirths, where every pregnancy is wanted, every birth celebrated, and women, babies, and children survive, thrive, and reach their full potential.”

Save the Children’s longer-term ambition is that all children survive, learn, and are protected. USAID’s MaMoni project aims to address critical health system challenges in Bangladesh through increased equitable utilization of quality maternal and newborn care services. The project works closely with local government authorities and nongovernmental organizations to improve delivery of health services, and strategically partner at the national level to build consensus on policies and standards that positively drive evidence-based interventions at all levels. MaMoni, in collaboration with the government, developed and implements life-saving care packages including essential newborn care (ENC) and Kangaroo Mother Care (KMC) to improve the survival of preterm babies. The project also supports service providers to use antenatal corticosteroids (ACS) as part of the care provided for pregnant women at imminent risk of preterm delivery to improve preterm survival.

Last year, 66,066 newborns were resuscitated using a bag and mask. MaMoni supported functioning of six Special Care Newborn Units (SCANUs) that offered services to 6,729 newborns. The project rolled out KMC in 41 hospitals, and trained doctors and nurses to support families in learning the KMC technique. In 2021, MaMoni will reach out to more families and women, especially in under-served and hard-to-reach areas, and strengthen health services to improve pregnancy and delivery care to reduce preterm births. Under the leadership of the MOHFW, Save the Children will continue working with key development partners to reduce under-five mortality through ensuring high-quality services for preterm babies in Bangladesh. 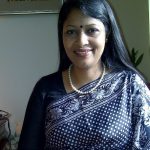 Dr. Umme Salma Jahan Meena is a public health expert with over 20 years of global health and development experience. Currently, she leads the MaMoni Maternal and Newborn Care Strengthening Project (MaMoni MNCSP) as the Chief of Party. Her sectoral expertise includes maternal, newborn, child health, and health system strengthening in Bangladesh and Canada. She has a keen interest in health quality improvement and quality of care. Recently, Dr. Meena received her graduate degree in Healthcare Quality from Queen’s University, Canada. She also has graduate degrees in public health from Western University, Canada and from the National Institute of Preventive and Social Medicine in Bangladesh. She is a medical doctor by training. Prior to joining Save the Children, Dr. Meena worked for public health, Canada and USAID, Bangladesh.

Save the Children, U.S. Agency for International Development