Home > Blog > When advocacy works: The case of the Australian Stillbirth Senate Inquiry

“The best partnerships aren’t dependent on a mere common goal but a shared path of equality, desire, and no small amount of passion.”

As a bereaved parent and stillbirth researcher, I believe that the motivation for change comes from a lived experience. It devastates me that stillbirth is still occurring time and time again. There is a constant feeling of being unheard, our experiences and babies never acknowledged by our communities and governments. We know that when a government acts to reduce stillbirths and listen to bereaved families, however, change can occur; Scotland, Norway, the Netherlands and New Zealand are notable examples. In Scotland, for instance, the Maternity and Children Quality Improvement Collaborative (MCQIC) introduced a requirement that all health care providers have a documented discussion with pregnant women about the importance of fetal movements and their connection to stillbirth. This policy was the result of a collaborative approach, and since its introduction in 2012, stillbirth numbers have been reduced by 19.5% (2015). However, in Australia, the stillbirth rate has remained stagnant for over 20 years; our progress in reducing these deaths lags behind that of other OECD countries, with especially unacceptably high rates in our Aboriginal and Torres Strait Islander women. Australia has desperately needed to act.

In recent years, Australia’s stillbirth researchers, non-for-profit support organisations, and bereaved parents have rallied and collaborated to break the myth that nothing can be done to address our country’s stagnant stillbirth rate. The Australian Senate Select Committee on Stillbirth Research and Education, established in March 2018 to inquire and report on the future of stillbirth research and education in Australia, would not have been possible without their advocacy. In particular, we are grateful for the honorable Kristina Keneally, a parliamentarian who tragically lost her daughter Caroline to stillbirth, who fast-tracked the Inquiry, by making it her first act within Australia’s federal parliament.

Over 269 submissions were received, and bereaved parents’ voices were strong and well represented. The taboo and silence so often associated with stillbirth was discussed in many submissions, with bereaved parents recounting heartbreaking stories of inadequate care, inadequate information about the possibility of stillbirth, feeling alone and unsupported by their health care providers, families, friends and communities. Despite their heartache, there was also an enduring feeling of love for and pride in their stillborn baby expressed in each submission by a bereaved parent. Representatives of organisations around Australia that focus on health and even law also wrote about their experiences of the barriers in reducing the stillbirth rate, primarily related to funding and slow outputs of national data. Each also presented a case of how change can occur, and explained the need for the government to act.

The Stillbirth Advocacy Working Group (SAWG) seeks opportunities for advocacy to reduce preventable stillbirths; our vision is “A world in which preventable stillbirths no longer occur, and care for families and health workers after stillbirths is compassionate, high-quality, and culturally appropriate.” The group consists of researchers, bereaved parents and relevant organisations who meet regularly to identify key moments we can leverage to advocate for better stillbirth prevention and care. Those within the SAWG believe that bereaved parents’ voices should be at the centre of advocacy for change. The SAWG drafted a submission to the Inquiry that provided an international perspective, drawing on examples from Scotland’s successful program, stressing the importance of international collaboration and how action can occur when passionate and motivated individuals come together. The submission was well received, and representatives of the SAWG were asked to be a witness for the Senate. The representatives reiterated their message that change can occur, and that progress will come when we look up to and learn from the examples of others who have been successful.

Based on public and organisational submissions presented to the Senate, 16 recommendations were presented in a final report. They included:

The recommendations were immediately followed by the announcement that the Australian government would allocate over seven million dollars towards stillbirth research and awareness. The stillbirth community in Australia is overjoyed by this commitment. To many, it is a personal success: finally, a recognition that our babies matter, as for too long we have been told to forget and move on. For all, this success shows that we will finally get the much-needed resource of money, to act on ideas we feel will work, driven by the examples of countries such as Norway, Scotland and New Zealand.

Caroline Homer, co-program director of Maternal and Child Health at the Burnet Institute, summarized the victory as “[a] real testament to hundreds of thousands of hours of advocacy, clinical care, education, research, investment, heartache, tears and so much more. It is an exciting and positive time we go into now!” We can only hope that we will see change quickly, as we all know that every day counts in saving babies’ lives.

The Stillbirth Advocacy Working Group was founded by the Partnership for Maternal, Newborn and Child Health, and is co-chaired by the International Stillbirth Alliance and the London School of Hygiene & Tropical Medicine. Email co-chairs Hannah Blencowe or Susannah Leisher at
hannah-jayne.blencowe@lshtm.ac.uk or shleisher@aol.com to learn more, or sign up to join the group here! 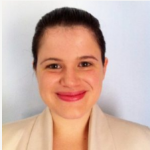 Danielle Pollock is a PhD scholar at the University of South Australia in the school of Nursing and Midwifery. She is also a member of the Stillbirth Advocacy Working Group, which works to increase awareness of stillbirth.